I’m no criminologist, but I’m pretty sure that it’s a good idea to stop selling drugs if you are nationally known for selling drugs.

PRICHARD, Ala. (WALA) – An elderly Prichard woman is back behind bars for allegedly selling drugs. FOX10 News was there when 81-year-old Ola Mae Robinson was arrested Friday. It’s not everyday you see an elderly woman being arrested. Cpl. Arlan Gaines said the reason is even more out of the ordinary.

“It’s unusual for an 81-year-old woman to be charged with unlawful contribution of a controlled substance,” said Gaines.

It started when Saraland police assisted by Prichard acted on a search warrant at Robinson’s home. Porsha Abrams says he heard the commotion. “I just heard boom, and then I walk out and see a whole bunch of police surrounding that house there,” said Abrams.

That boom was the SWAT team kicking in the front door. Police believe Robinson was selling drugs out of her house.

“The narcotics unit wouldn’t have been able to get a search warrant unless they had proof she was selling out of the house,” said Gaines. This is not the first time police have been at the home on Leeds Avenue in Whistler. In fact, Robinson has an arrest record dating back to 1988. It consists mainly of drug charges. She was arrested last June for
manufacturing and selling crack cocaine. In September 2010 she was arrested again by Prichard police on drug charges. We spoke to Prichard Police Chief Jimmie Gardner at the time of the arrest.

“She’s been dealing in pills. She did have prescription drugs. She was selling morphine. We have gotten lortabs before; but yesterday, we got morphine,” said Gardner. This past search of her home on Leeds Avenue resulted in another arrest. Jermaine Robinson, 29, was also taken into custody for distributing a controlled substance. Gardner said the joint effort between Saraland and Prichard is a great thing.

“It’s very important that the public see that we are working together and know that in the end were going to clean up the streets,” said Gardner 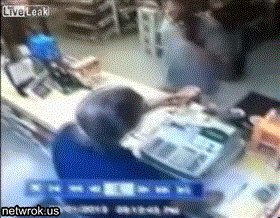